MJ has been enraptured by photography most of her life. She’s had a secret letch to be an artist, but that isn’t her skillset. Photography wasn’t particularly her skillset, either, until the iPhone rolled around. For some reason, she can do things with an iPhone she was never able to achieve with any other camera. 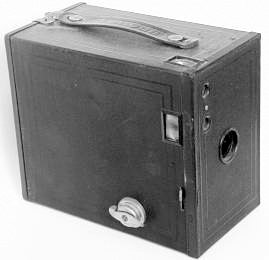 She’s used an old box camera (yes, MJ is that old) and progressed in no particular order to a 35mm, an Instamatic, a Polaroid, (didn’t everyone want instant photos?) and later a digital camera sized to fit in a pocket. The latest digital (about 4 years old now) presently lives in her car and hasn’t been charged in ages. Why?

Because in 2009, Apple put the first iPhone on the market. She got one after the initial bugs were worked out. The pixel size wasn’t the best (two megapixels), and she had to learn that the photo is taken only after her finger lifted off the home button, but it was with her. Everywhere. Practice makes perfect.

Over the years the cameras improved on the iPhone and her present 5SE (one she could buy unlocked) is great for her photo needs. Twelve megapixels is a world of difference from two. She’s even printed some of her work for framed wall art.f

After she took this unedited 2009 photo of Motif #1 in Rockport, Massachusetts while at Bearskin Neck she was hooked on iPhoneography.

Nowadays she fiddles a great deal with iColorama (a Mac-only app) that enables her to turn photos into art. But she remembers those days when it was her, the iPhone, and the basic photo storage on that old iPhone.

Most of her photos are still life. You’ll see dogs, cats, a few birds at times and occasionally a human being. She likes flowers because they are pretty, smell good, and tend to hold still for macros or beauty shots – unless the wind is blowing.

Her old site (iPhonePhotoMaven) is almost full. So she’s moving new captures to this paid site loosely associated with her author site. Feel free to check out the old site and follow the new one. She clearly needs to go on another road trip soon for more travel photos.